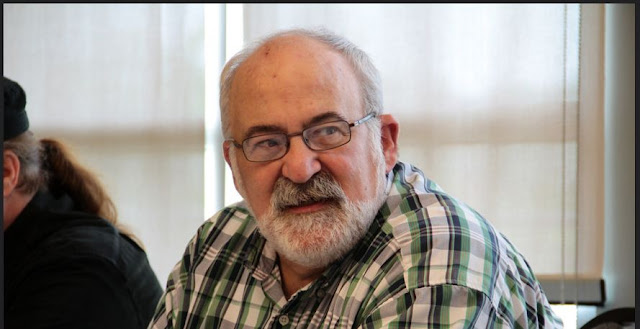 With the confirmation of John Ratcliffe as Director of National Intelligence (DNI) on May 21, multiple candidates are stepping forward to run for the open Congressional seat.

The Libertarian Party is proud to announce its nominee for District 4 is Lou Antonelli of Clarksville in Red River County, a small business owner with a long record of public service and community involvement. Antonelli pledges to run a full-fledged active campaign.

Antonelli says his goal running as a third party candidate is to inject original ideas into the discussion, and push for the Libertarian Party to become the second party in the district, displacing the Democrats.

Antonelli said Libertarians stand for hacking away strangling bureaucracy at all levels of government, and returning as much authority as possible to individuals. “Thanks to the COVID pandemic, we have all gotten a free trial of Socialism,” he said. “How do you like it?”

Lou and his wife Patricia own The Clarksville Times, founded in 1873, the oldest business in Red River County. He is the managing editor, and has been a community journalist for 40 years.

He has served in the past as an elected school trustee, a library trustee, an animal shelter board member, and a condemnation court judge. He is presently the President of the Clarksville Lions Club.

His cell phone number is 903-257-6573 and anyone is welcome to call him any time. His office number at The Clarksville Times in 903-427-0002, or you can email him at theclarksvilletimes@gmail.com
Posted by Lou Antonelli at 7:04 PM